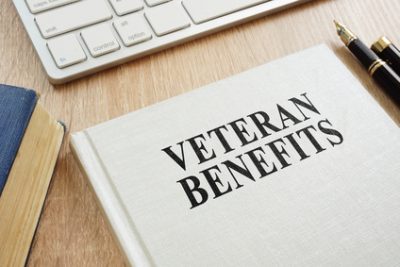 Good afternoon. My name’s John Walus. I retired from the United States Army after 22 years on active duty as a Lieutenant Colonel, and now I’m a practicing attorney in Mount Clemens, MI.

The bulk of my practice is assisting veterans with their service-connected disability benefits along with Probate and Estate Planning and Guardianship and Conservatorship.

The purpose of my presentation this afternoon is to cover with you the life cycle of a VA appeal. To give you an idea of what happens. How long it takes. And maybe give you some understanding as to why the system is the way it is.

For those of you who have filed a claim, you’ve gone ahead and done that before. You don’t need to have an attorney to assit you with filing a claim.  You can go to the County Veterans Service Center (Macomb County), the VA, VFW, AMVETS.  Any of those organizations have individuals who can help you with filing a claim. However, a lot of veterans take care of it themselves.

So, you go ahead and you file the claim. And you file it to the regional office that would have jurisdiction over your claim. And here in the southeast of Michigan, that would be the VA Detroit Regional Office. That’s in the McNamara Building in downtown Detroit.

After you file a claim, the regional office will go ahead, review it, and either approve or disapprove the claim. Currently, it’s taking probably three to six months to get a claim approved, which is a lot better than would have been in the last several years it was taking a year plus. So what ended up happening with all of the criticism the VA was receiving added additional resources as far as case reviewers and so on. And they did a nice job of getting rid of their backlog and speeding up the process for official claim approval.  However, in the course of doing that, they were making many more decisions but they were also making many more decisions that were denied that had to be appealed, and I’ll get to that in a minute.

So, you get your decision back from the regional office, if your claim is approved and you’re happy with it, that’s where the claim ends. However, if your claim was denied, partially denied and you feel you need to appeal, you have one year from the date that the VA generated the cover letter for the decision to appeal the claim. And by doing that, you have to file what’s called a Notice of Disagreement. It’s a separate form. At this point in time, I would recommend that you not do this on your own. That you get some type of representation. Either with a service representative or with a Veterans Benefits Attorney.

The Notice of Disagreement is filed, and that stays under the jurisdiction of the local regional office, again here in Detroit. You have options of requesting a hearing or not when you file your notice of disagreement. I always opt to have a hearing with the reviewing officer. Reason being it gives me an opportunity to sit across the table from a human being, look that person in the eye and ask him questions and get answers. These normally are on the record meaning they’re being recorded. So it gives me an opportunity to question these individuals and to get answers that are a matter of record. It has been taking up to approximately a year plus to get a hearing after you filed the Notice of Disagreement. However, in the last few months, Detroit has expedited that to the point where I’m getting hearing scheduled within six months of the Notice of Disagreement being filed with the VA.

So, you also can file a Notice of Disagreement without requesting a hearing but I highly discourage that because you have an opportunity to converse with the reviewing officer, that’s the person who’s going to make the decision on your claim. If you don’t request a hearing, then you’ve got a clerk looking at your file. And more often then not, that claim will continue to be denied with little to no opportunity of it being approved prior to going forward to the next level of appeal.

So, let’s say that the reviewing officer approves your claim. If you’re happy with it, then that’s where the claim ends. However, if you’re unhappy with the decision any way, shape, or form, You have to appeal that claim at that time. However, instead of having a year to file your appeal, you’ve only got 60 days to file the appeal once the decision document is generated by the reviewing officer. Then that decision document is called a Statement of the Case, it’s a very detailed document. It gives all of the statutes and the case law that identifies things that may be related to your claim. And ultimately, it lays out the decisions that the reviewing officer made.

always select a live video conference hearing, number one we don’t have to travel to DC to do it. Number two, it doesn’t take as long if you request at the travel board here. Unfortunately, it’s taking between three and three and the half years for this hearings to be scheduled after you file the Form 9.

You go ahead, you have the hearing, and the hearings are conducted here at the McNamara building in Detroit, just like the reviewing officer hearings were. The one other reason why I like to have the hearing. You have an opportunity to submit additional evidence after the hearing is conducted. If you don’t request a hearing, your claim will be reviewed just on the documents that are in the record with little opportunity to develop it any further. So this gives us an opportunity to talk to the administrative law judge, and get some insight as to the strengths and possible weaknesses of the claim. And get a time extension, usually 60 days to submit additional evidence to the administrative law judge.

The administrative law judge that you have the hearing with is the individual who makes the decision. And it’s published in a separate document out of the Board of Veteran’s Appeals. That is taking now anywhere between six months to a year for the decision to come back from the administrative law judge. So you can see right here we’re bumping up against five years on the claim and we just have the second level of appeal.

The reason for that is once the board makes the final decision, you cannot submit any additional evidence for your claim. So your claim is going to go to the Court of Appeals. The way it is at the end of the Board of Appeals. And if I did not have an opportunity to work on that claim prior to submission to the court of appeals, more often than not I find that the file is incomplete. There is evidence that could have been put in there, but it’s not. And chances for success are much less. That’s why I recommend that you do hire a Veterans Benefits Attorney at some point during the claims process. Especially after the Notice of Disagreement. Because you don’t necessarily have to use any type of legal justification at these stages within the course of the claims process. However, you do need to have legal arguments being prepared at the court of appeals and you need to have someone who’s knowledgeable about the foundational documentation that needs to be in the file to support the potential legal arguments before the Court of Appeals for Veterans Claims.

So, With that said, I’ll reiterate one more time that you should hire an attorney. I would recommend especially after you receive the Notice of Disagreement. I work on these cases all the time, and I have an office here in Mount Clemens, Michigan where we’re currently filming this. And my phone number is 586-954-3250, and my address is 49 Macomb Place, Suite 105, Mt. Clemens, Michigan. Looking forward to hearing from you.