Attention Independent Contractors – You may qualify for Workers’ Compensation in Michigan if you get hurt on the job!

Home/Workers Compensation/Attention Independent Contractors – You may qualify for Workers’ Compensation in Michigan if you get hurt on the job!
Previous Next

Attention Independent Contractors – You may qualify for Workers’ Compensation in Michigan if you get hurt on the job! 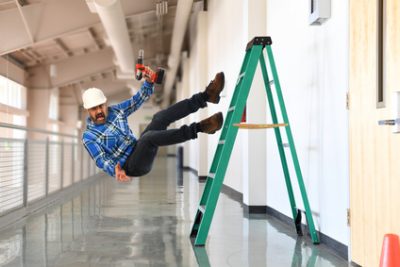 Do you know if you’re considered an employee or an independent contractor? Chances are most workers are employees with full employee protection under the state of Michigan’s laws.  However, for those who are independent contractors, it’s important for you to understand if – and to what extent – you may also benefit from employee’s rights when it comes to workers’ compensation.

For the protection of workers who become  injured during the course of working, Worker’s Compensation statutes make it possible for their medical care and related expenses to be paid for without getting tangled up in litigation with their employers. In effect, it’s like a trade- off of agreeing not to sue employers in exchange for alleviating the process of proving employer fault. Generally, this is a right and protection of employees, not independent contractors.

However, this distinction has often been disputed.  A decision in December 2013 in the case Auto-Owners Insurance Co. v All Star Lawn Specialists Plus altered how an independent contractor is defined relative to Michigan’s Workers’ Compensation statute.

Essentially, a lawn care worker got hurt while operating his leaf blower. He pursued Workers’ Compensation benefits and additional benefits but was denied the benefits because the company claimed he was an independent contractor.

The standard test for determining the difference between an independent contractor and an employee had 3 aspects:  “If the worker maintains a separate business; if the workers hold him or herself out as providing services to the public”: and if the worker “is an employer subject to statue.”

If any of the three criteria were met, the worker was considered by the court to be an independent contractor. In this case in December 2013, the court determined that – instead of one of the three –s all three needed to be met.  It came down to the word “and”, in the court’s assessment. The court held that only two of the criteria were met, which meant the injured person was an employee and qualified for the Workers’ Compensation benefits due.

This opens up the possibility that those formerly classified as independent contractors who were injured prior to January 1, 2013 during the course of performing their work duties are more likely to be deemed employees and entitled to receive Workers’ Compensation protection.

When it comes to injuries that have occurred since January 2013, Michigan went further to amend the statue so the test will be the 20 factor test used by the IRS.

These laws are designed to protect employees yet many Workers’ Compensation claims are denied by employers so they don’t have to pay out the benefits the employee is entitled to.

Any employee who has been injured during the course of performing job duties at work is encouraged to contact an attorney who is experienced in Workers’ Compensation laws, statutes and benefits. An attorney familiar with the laws and statues can greatly assist an employee who is rightfully entitled to benefits.