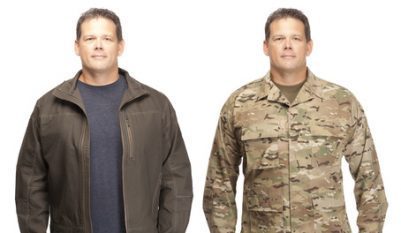 Reforms have been set in motion to provide Veterans with better healthcare options with the signing of a historic bill by President Donald Trump.  The bill, which he signed at the White House Rose garden ceremony, would replace the current Veteran’s Choice Program.  The Veterans Choice Program allowed veterans to receive VA related health care from civilian doctors if certain guidelines were met.  Those guidelines were based on whether the veteran had to wait over 30 days to be seen or if the veteran was over 40 miles from a VA facility.

Overcoming the Troubled Past of Private Healthcare Options

The new bill will improve upon private health care options for veterans, as well as expand on caregiver assistance to families of disabled veterans. The current program provides a small stipend to family members who care for severely injured post 9/11 veterans.  With a focus on providing better home care options to veterans and their families, the new bill will open that same caregiver assistance over two years to veterans of all eras.

“This is truly a historic moment, a historic time for our country,” President Donald Trump said at the White House Rose Garden ceremony. “We’re allowing our veterans to get access to the best medical care available, whether it’s at the VA or at a private provider.”

Despite the proposed benefits of the bill, the White House and Congress are at odds about how to fund it. The total cost of the bill over five years is estimated to be between $52 billion and $55 billion. Senator Johnny Isakson acknowledged that the bill isn’t paid for, but is working hard to get the new bill funded. To fund the new bill, the White House has argued cutting other programs. Senator Richard Shelby chairman of Senate Appropriations Committee, said Tuesday that the cuts proposed by the White House could trim $10 billion a year from existing programs, including some at the VA. These proposed cuts could make it difficult to come to an agreement on this bill.

Why a New Healthcare Bill is Necessary, Despite Funding Issues

“If the VA can’t meet the needs of the veteran in a timely manner, that veteran will have the right to go outside to a private doctor. It’s so simple, and yet so complicated,” President Donald Trump said regarding the new bill.

Despite concerns over funding and implementation over this new bill, it remains clear that we need to find a solution for our veterans to suitable healthcare options. Funding seems to be a common theme for any proposed reforms, but the White House is hoping that the new bill could provide veterans the care they deserve.